Danger Men is a project of my cousin Petrushka Morsink and me. The album Anger Me we made in 1999-2000, was released in 2006, and got raving reviews in the Dutch music press. We did a few live gigs, but playing this stuff live was never a focal point. What it sounds like? Like nothing you've ever heard – promised.

And yes, you guessed it: the Danger Men artwork is by me. Here's a couple of digital banners announcing live gigs. 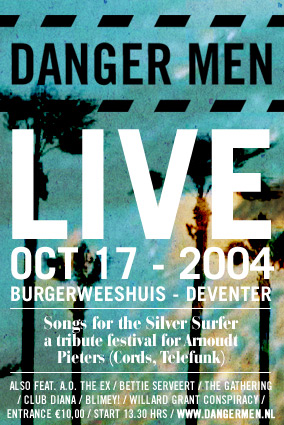 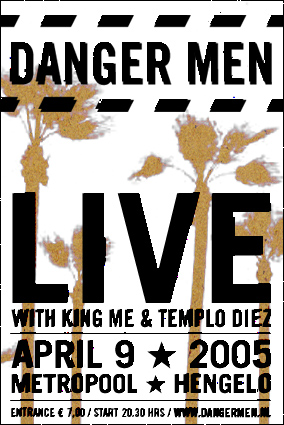 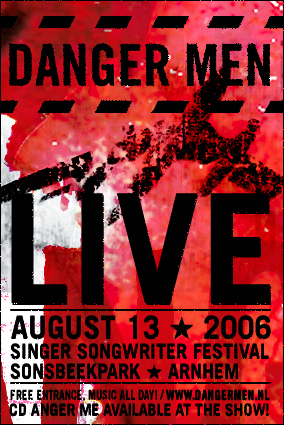 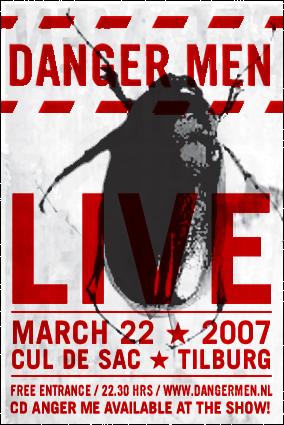