Het Gat (The Hole) was what we called a 'loose-leaf festival magazine' for Dutch three-day festival Down The Rabbit Hole. Made on the spot with the Daily Hell/Lowlands crew Peter te Bos, Lo Andela and now also designer Pascal Tieman, it was aimed at visitor participation: festival goers could contribute to the magazine, that appeared three times a day and four times on Saturday in an edition of 1000. People made drawings, wrote poems and stories, placed announcements and what not. Lo photographed hundreds of visitors throughout the days, in a style that steers away from your regular festival photography. I wrote headlines and (a lot of) poems to set the overall tone: absurd and psychedelic, in line with the festival - only much, eh - spicier... :-D 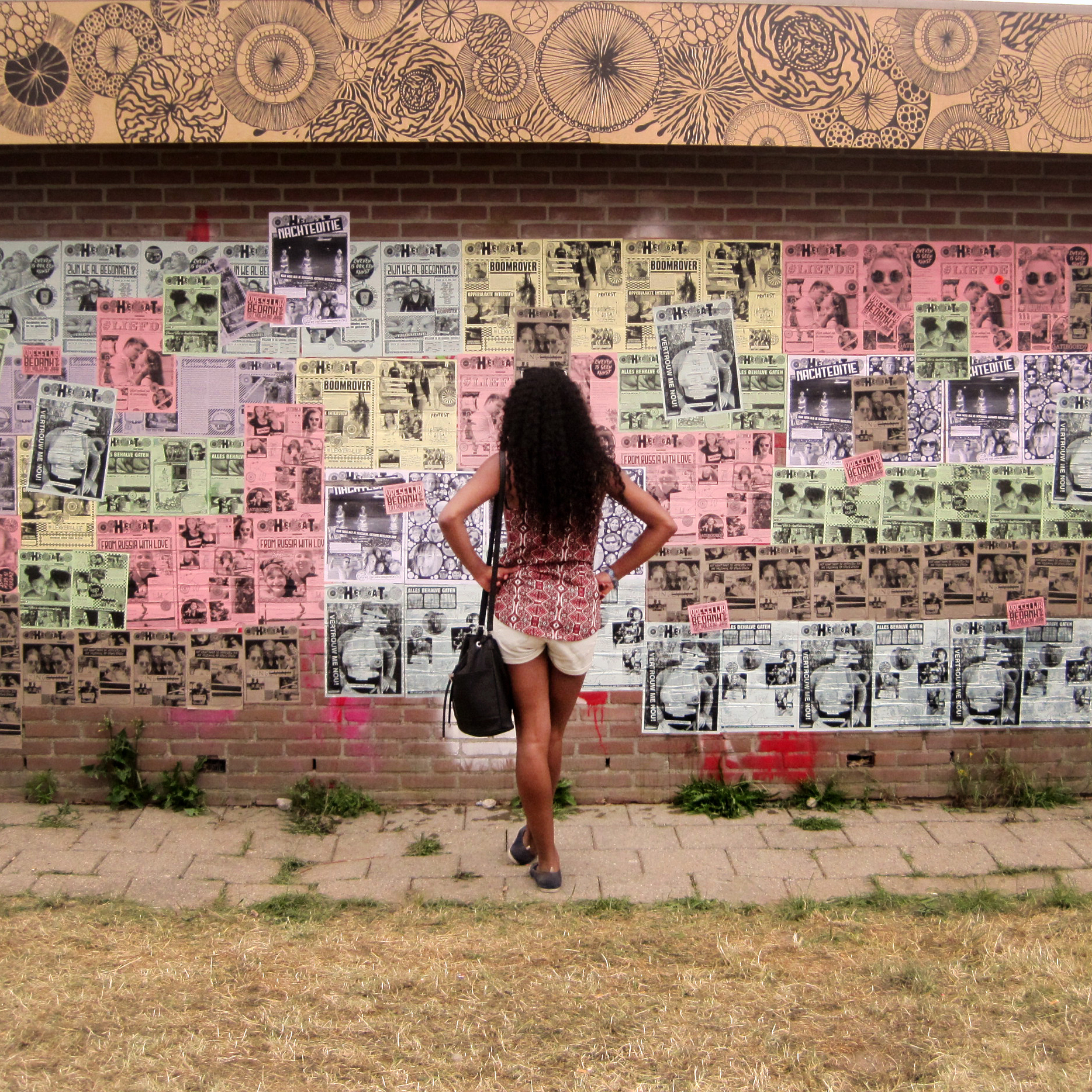 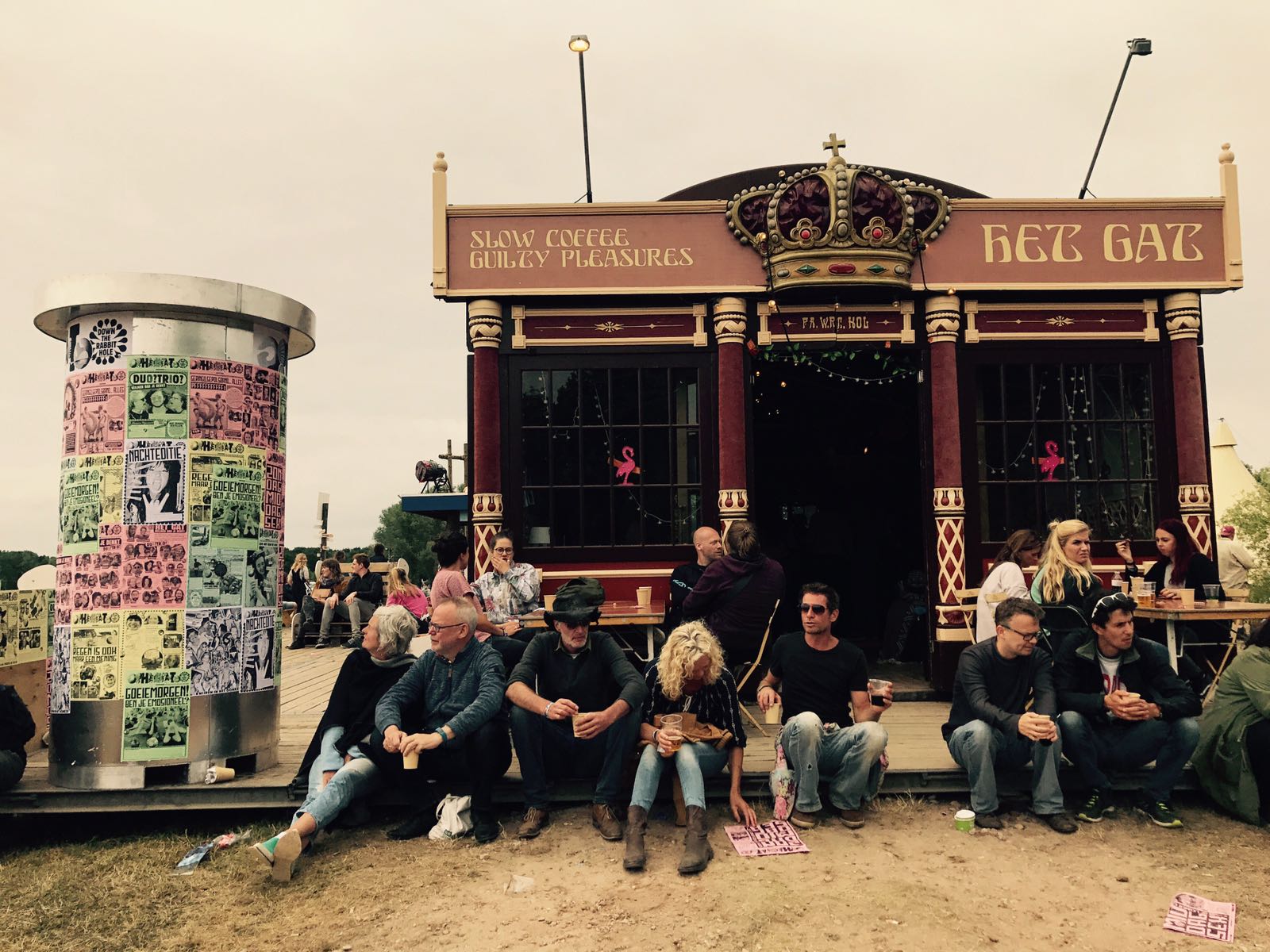 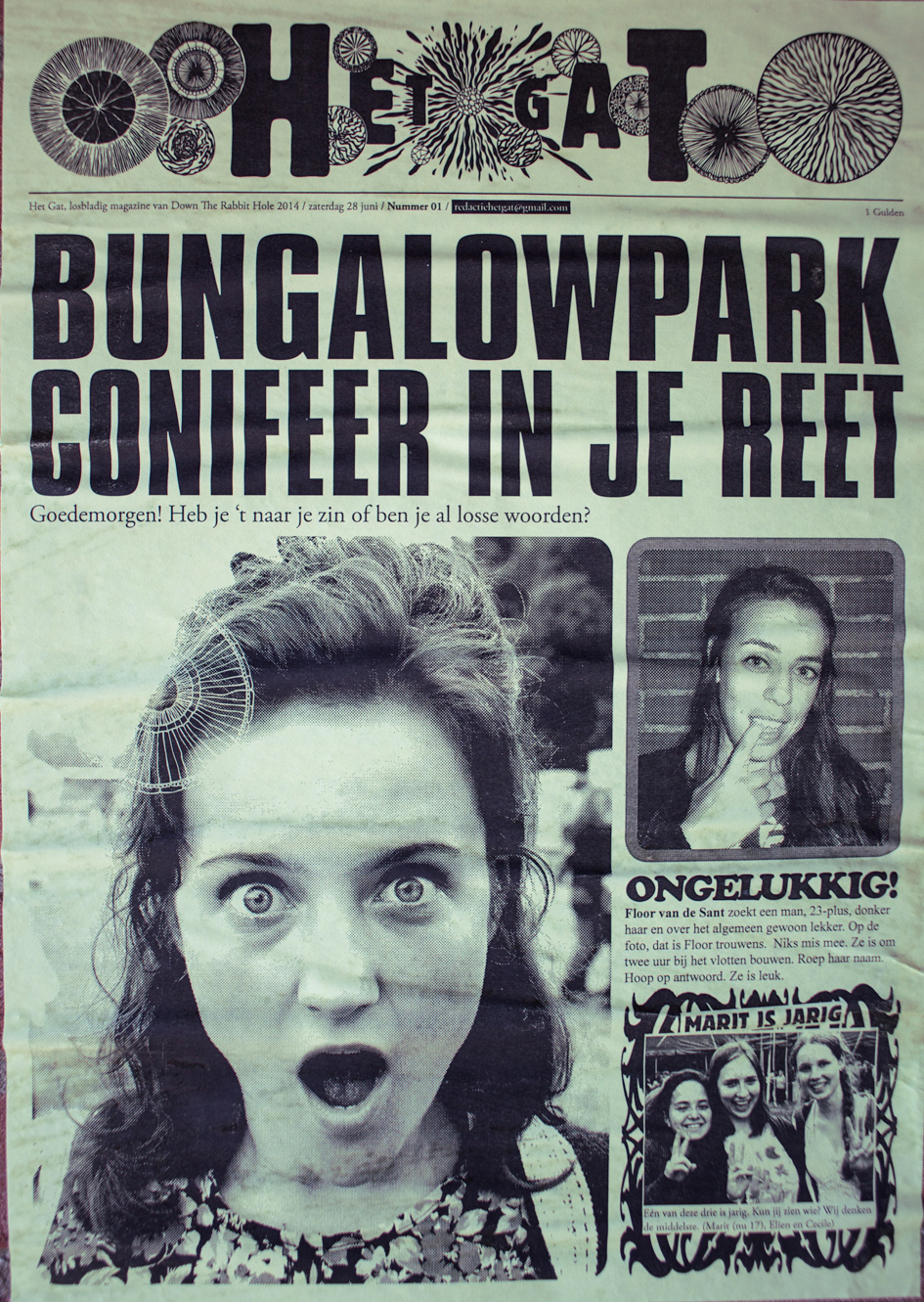 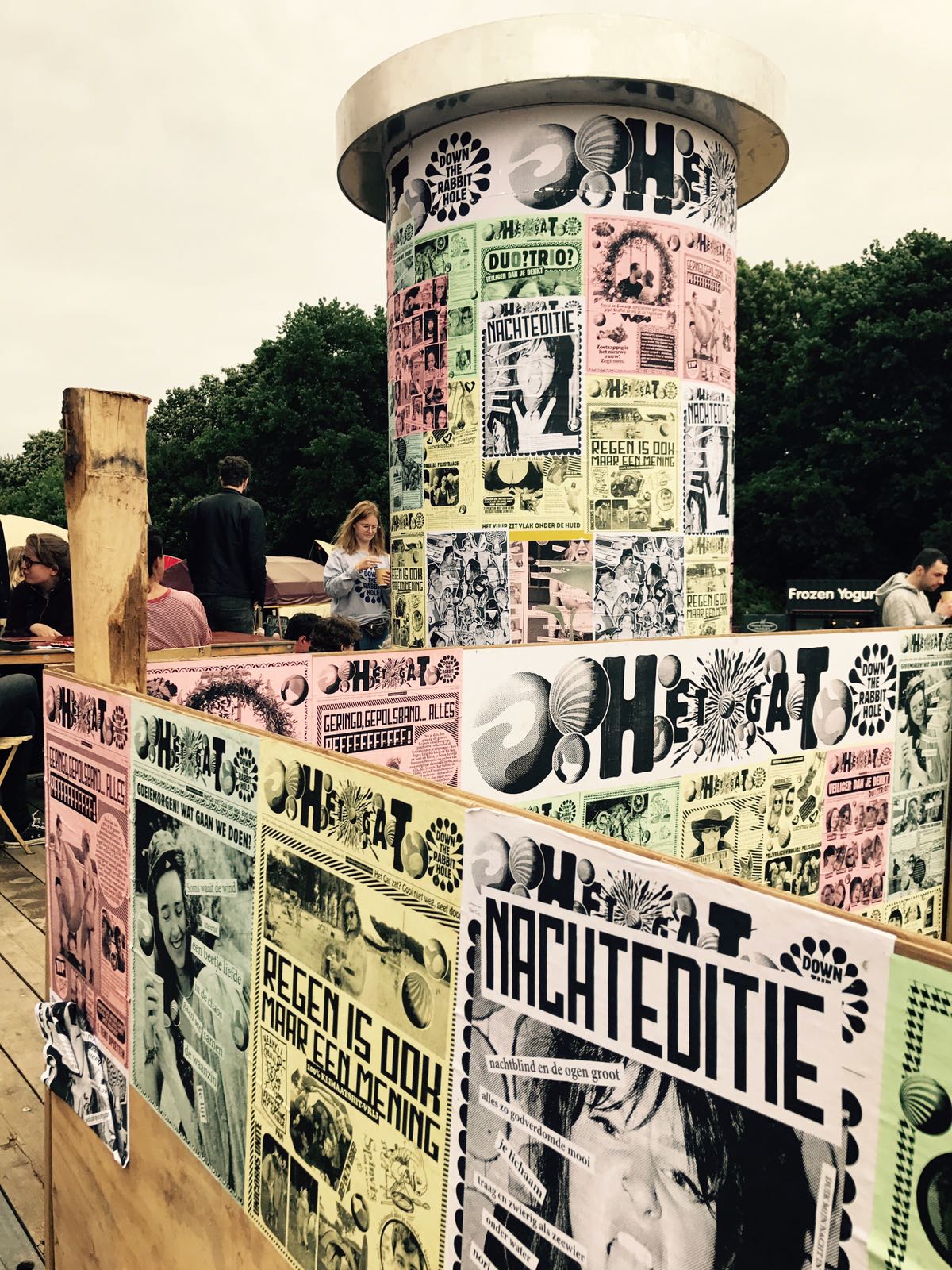